As a fan of horror movies and suspenseful genre none the less I found myself meaning to endure the new Hulu movie Down. As I anticipated it's arrival on Hulu, i found that there was a lot of hype given to me via my ad experience. I saw the ad for this film on the daily. Still, I needed to see it. In this case I find myself feeling conflicted. 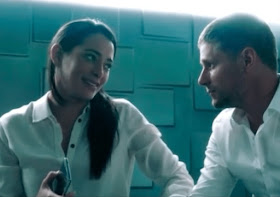 The movie itself starts out like any suspensful movie. It sets viewers up with a plot, then drags them through the trenches into an ending that left viewers feeling incomplete.

The beginning of the movie introduces the main characters of the film, Jen ( Natalie Martinez) and Guy (Matt Lauria). The main characters find themselves trapped in an elevator after their long days at work.  These two immediately have some sort of connection that is undeniable. As we learn more about Jen and Guy, we find out they both have their own Valentine's plans but now unfortunately nothing is going right. 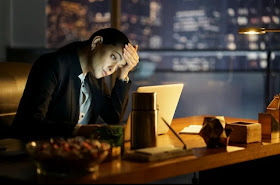 As this drag of about a half hour of getting to know our characters goes on, we learn that it's been about half way through their first day of the weekend.

I almost gave up on this film about half way through when things finally picked up. Viewers, without giving away too much, you will find out just how dreadful being stuck in an elevator with a stranger can be.  The film started to get more into a story and gave us some hope that this mysterious elevator fail was just as scary as those with the elevator phobua think it can be.

Towards the end the film shows much more promise.  It gives a thrill to the chase and offers suspense and a little bit of gore.
- February 03, 2019
Share